Keep Our Original Aspiration in Mind in the Misty South Lake

100 years ago, the small red boat carried a great mission, set the fire of the Chinese revolution and initiated the cross-century voyage of the Communist Party of China. Recently, the general party branch of MU Group launched a theme activity called “Red Trip to the South Lake to Celebrate the 100th Anniversary of the Founding of the CPC”. Over 1,400 employees of MU Group went to the South Lake, Jiaxing, to pursue the footprints of the past revolutionists, retrace the road of the First National Congress of the CPC and learn the spirit of the Red Boat. Although some parts of the journey encountered a heavy rain, it could not dampen our enthusiasm for the pilgrimage. 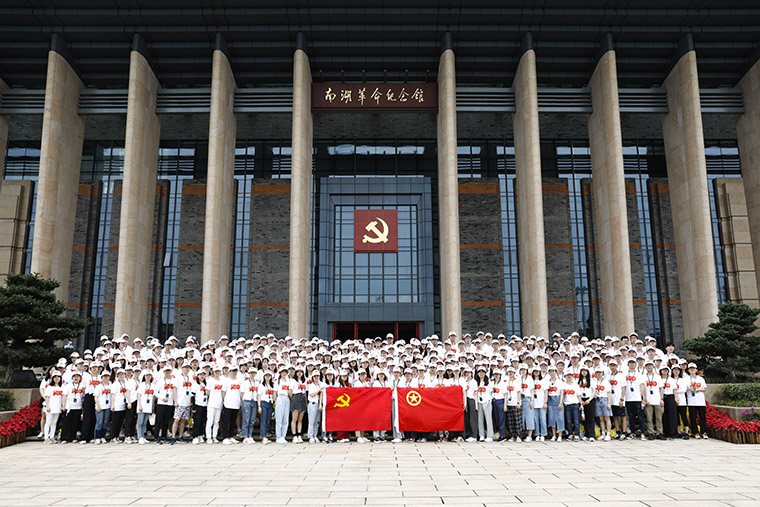 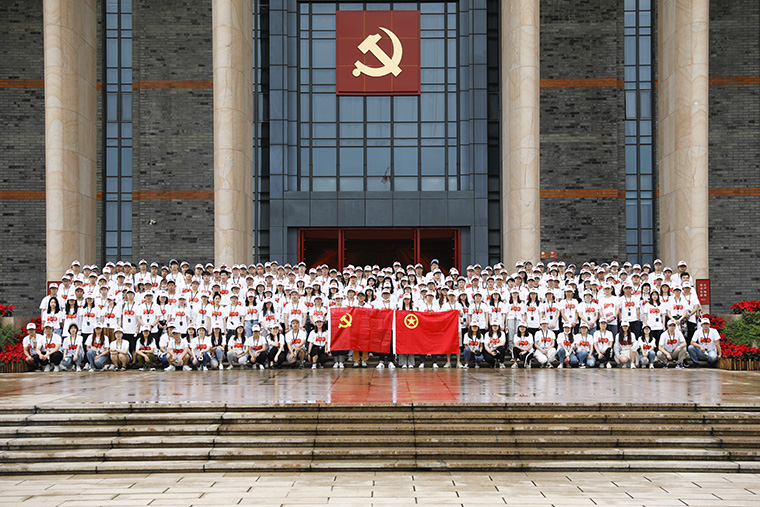 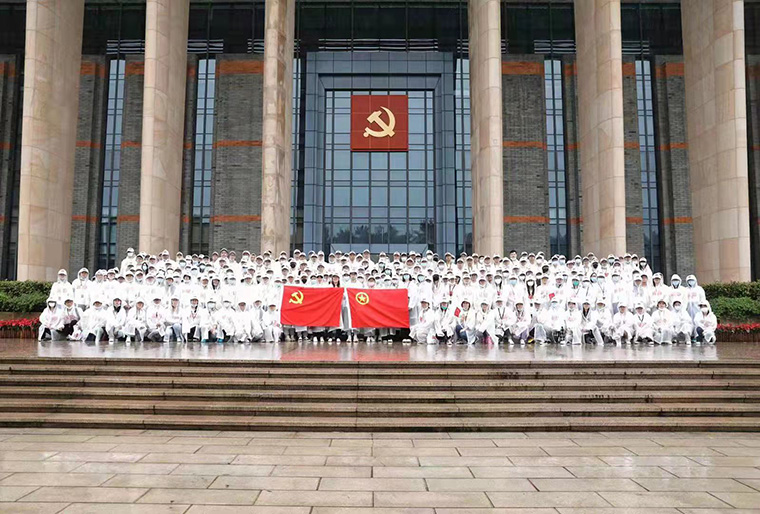 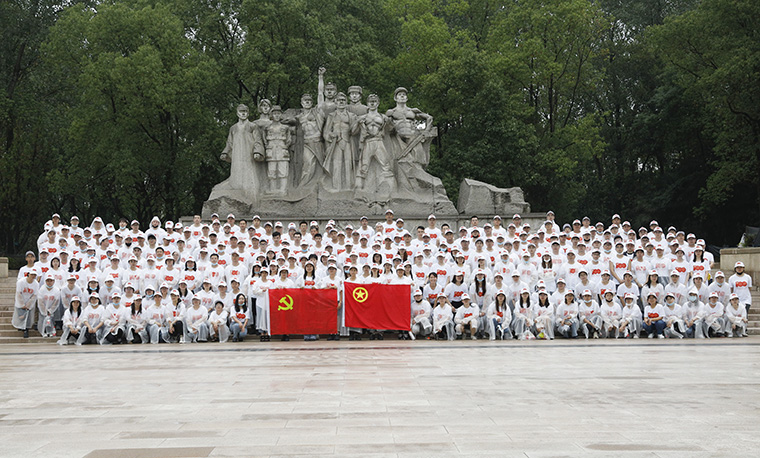 At our first stop, we came to the Nanhu Revolutionary Memorial Hall. We listened attentively to the commentator, felt the unremitting efforts made by generations of CPC members to achieve national independence, people’s liberation and national revival with rare data and materials such as pictures, material objects, photos and films, and reviewed the great course of history of the CPC. 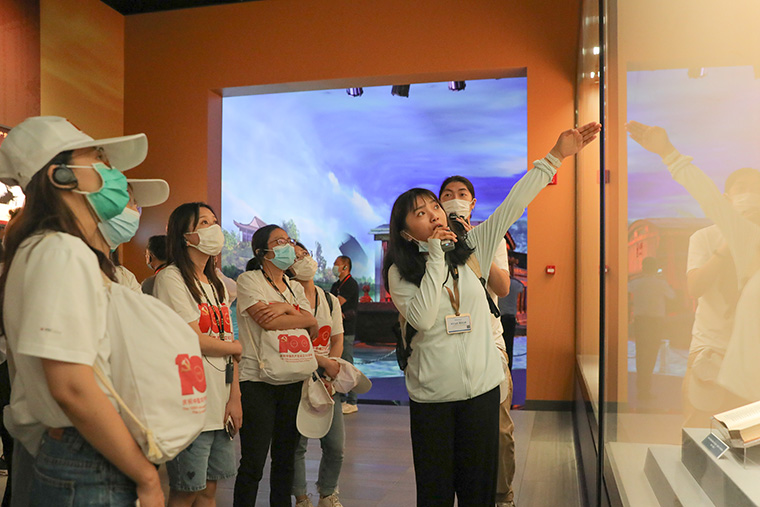 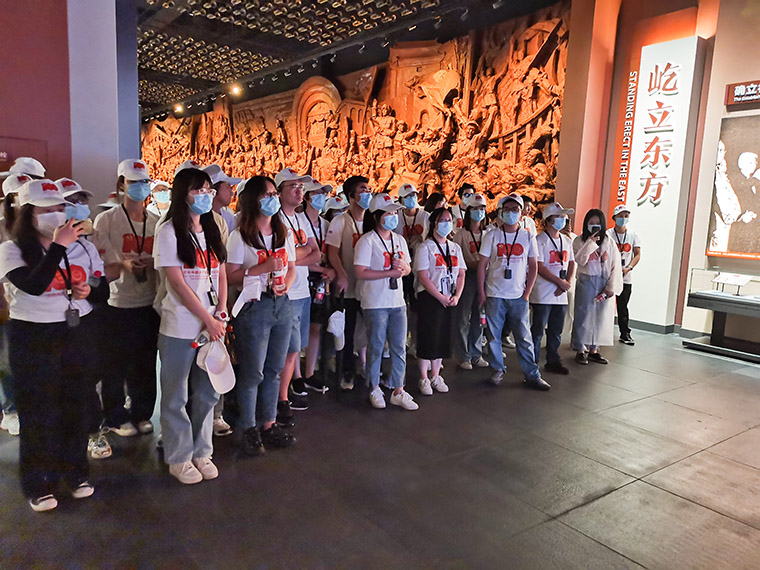 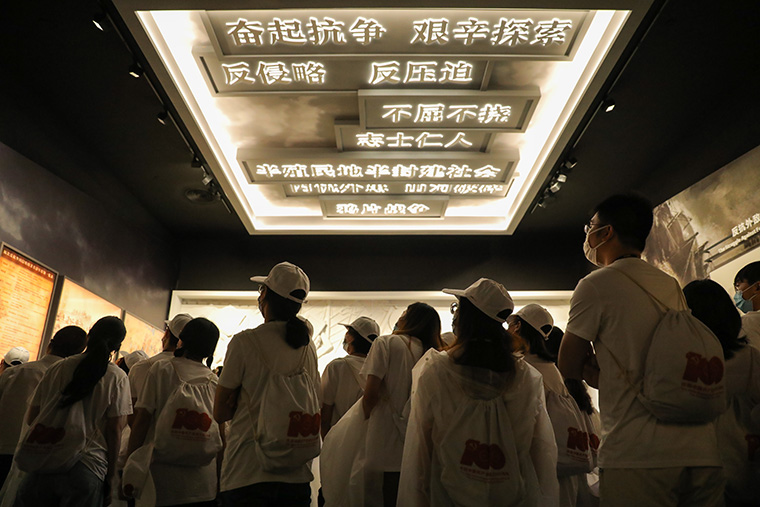 I hereby declare, by oath, it is my will to join the Communist Party of China…”, all the party members of our company faced a bright red party flag, clenched and raised their right fist, and took the oath with ardent passion, recalling their oath to the party in the place where the party was born. 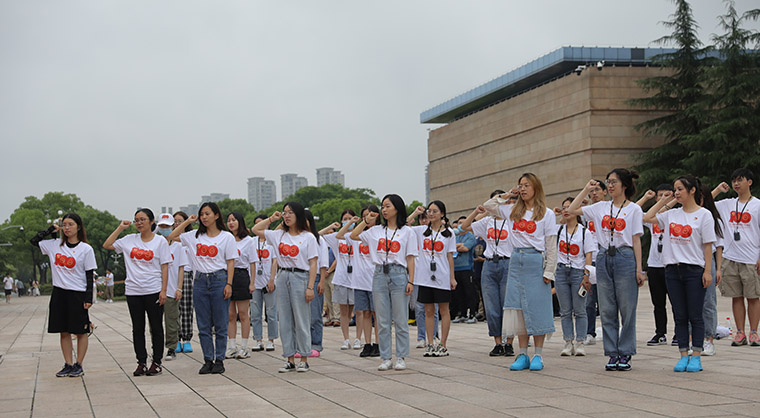 Afterwards, we arrived at the South Lake (Nanhu) Science Spot, then we sailed on the boat amid bluish waves to the central islet. On the islet, when you look up, you can see Yanyu Pavilion where Emperor Qianlong visited for eight times when he made six trips to the regions south of the Yangtze River. “Of all the 480 temples built during the Southern Dynasties, how many of them are still standing there in the misty rain?”, Tang poet Du Mu made “the misty rain” extremely poetic. We walked along the path and saw Qinghui Hall and Fangzong Pavilion, which is close to the Boat in Memory of “the First National Congress of the CPC” (The Red Boat). 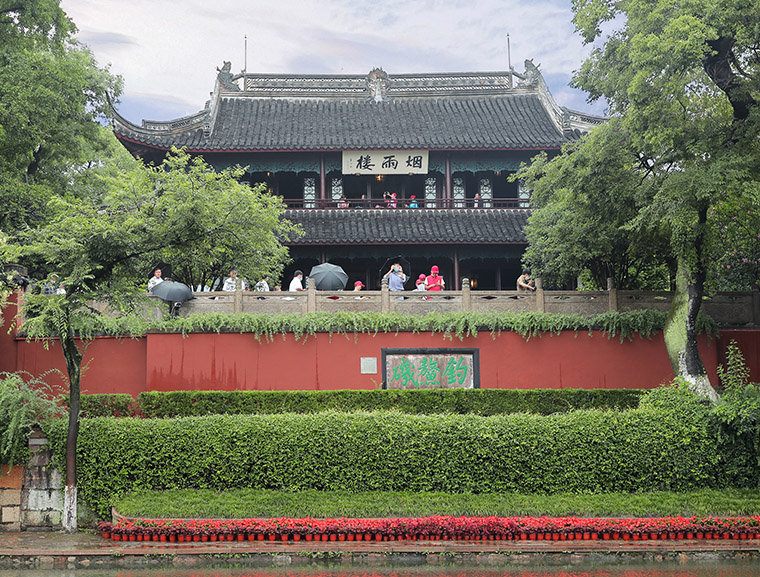 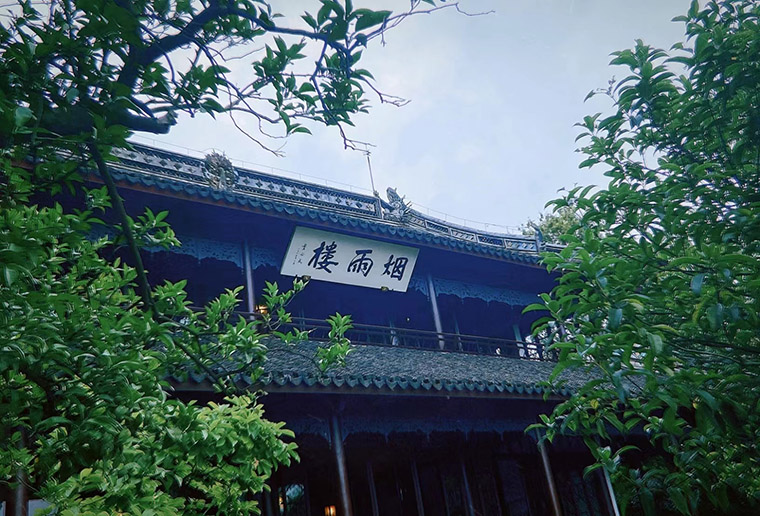 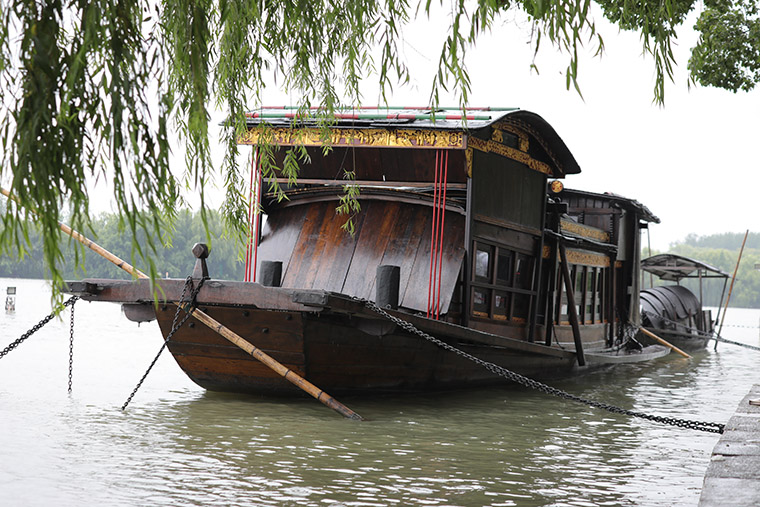 With respect and reverence for the party, we came to the Red Boat, visited the revolutionary site and recalled the spirit of the Red Boat. “South Lake Red Boat” witnessed the birth of the Communist Party of China, the original mission of the CPC members, and their centuried struggle regardless of trials and hardships. 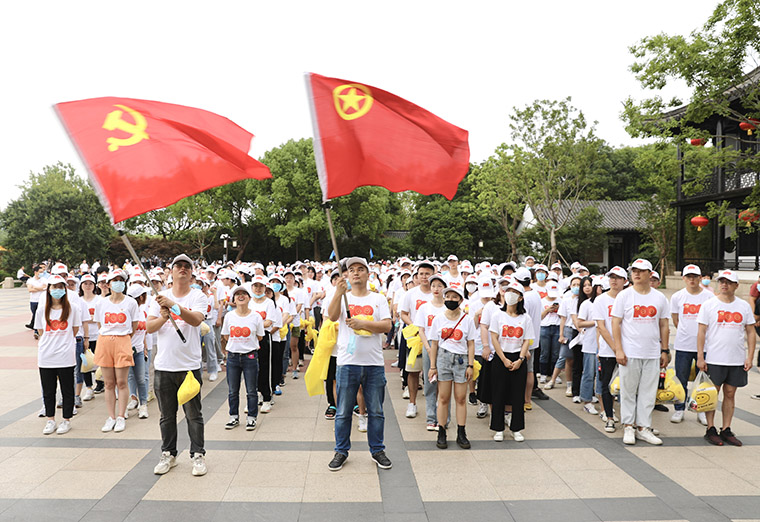 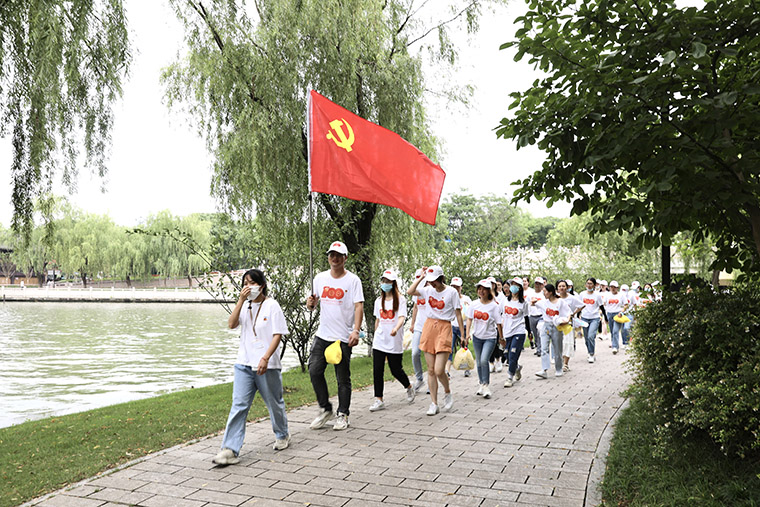 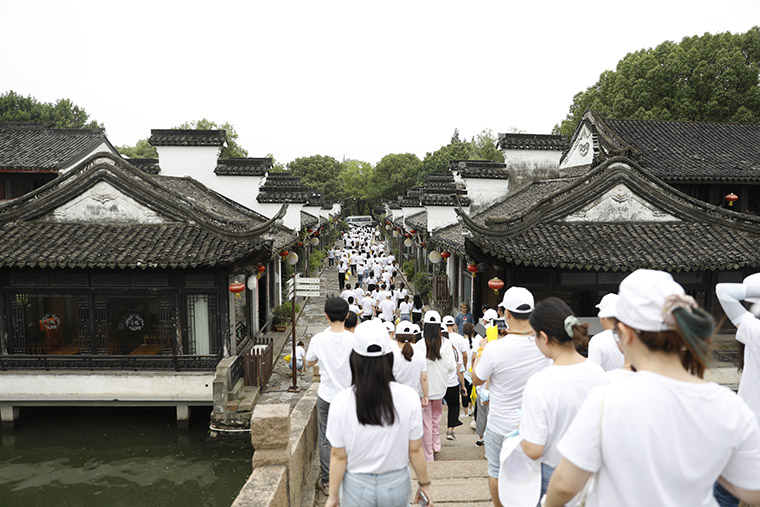 At last, MU members left their footprints on the South Lake. They walked around the lake, learned the great spirit of tenacity and perseverance of the CPC, and paid tribute to the 100th anniversary of the founding of the CPC with healthy physique and robust vigor. Through this activity, we gained a deeper understanding of the connotations of “remain true to our original aspiration and keep our mission firmly in mind”. At the new historical starting point, all MU members surely will draw the wisdom and strength from the great centuried struggle of the party to keep moving ahead, establish themselves with their own jobs, and jointly create a more brilliant future for the company with a more combatant and enterprising spirit.